In 2019, the golden year of the country’s tourism industry, Turkey received about 52 million foreign tourists, making it the sixth most popular tourist destination in the world.

Health care is one of the most important reasons for foreign tourists to travel to Turkey, before the outbreak of the COVID-19 epidemic in 2019, about 700,000 tourists traveled to this country to seek medical services. That year, Turkey was introduced as the seventh most popular tourist destination in the world, and in 2018, it was presented as the third most reliable destination for health tourism in the world, higher than Germany. In 2008, Turkey hosted 75,000 health tourists and the number has increased tenfold in ten years.

Currently, there are more than 1,500 active hospitals in Turkey, of which 571 are private hospitals. There are also 165,000 doctors and about 199,000 nurses working in Turkish hospitals and medical centers. Turkey is among the eight countries with the most hospitals, along with Japan, the United States, Mexico, South Korea, France, Germany, and the United Kingdom.

It is interesting to know that most eye surgeries in the world are performed in Turkey. The optimal quality of services and the reasonable and competitive prices have made Turkey one of the centers of eye surgery in the world. In addition to eye surgery, Turkey is one of the leading countries in hair transplantation, plastic and cosmetic surgery, and dentistry.

Currently, there are 46 JCI (Joint Commission International) accredited hospitals in Turkey. This makes Turkey one of the 3 countries in the world with the highest number of JCI accreditations.

Some of the most important factors that have led to the growth of health tourism in Turkey are:

High-quality medical services at reasonable prices, which in some cases are up to 90% cheaper than in Western countries

25% discount on airlines for those who obtain a tourist visa

Discounts on other expenses, including accommodation in special Turkish hotel hospitals

The most important services for health tourists in Turkey:

Good health care in Turkey has convinced many elderly people to migrate to the country from the West and the East. These people choose Turkey for their retirement because of the quality and low cost of medical services!

Heart surgery and liver transplantation In the field of heart surgery, Turkey is one of the top 5 countries in the world and people from countries like England and Russia travel to Turkey for heart surgery.

Cosmetic and plastic surgery In the field of cosmetic and plastic surgery, Turkey offers not only excellent quality but also reasonable prices, so items are between 30 and 70% cheaper than in European countries and the United States. A wide range of cosmetic surgeries are performed in Turkey including: Rhinoplasty, skin rejuvenation, breast augmentation and reduction, hair transplantation and skin wrinkle removal, abdominoplasty and side lift, cosmetic hip surgery.

The International Joint Commission (JCI) was established in 1999 to validate health and is known as the gold standard of the health world. So far, it has certified 46 hospitals and medical centers in Turkey. This certification ensures that patients receive the safest and best service. Turkey is among the three countries with the highest JCI accreditation in the world.

Some of JCI Certified hispitals:

For information on medical centers in various cities in Turkey, you can visit the official website of the Turkish Ministry of Health at https://saglik.gov.tr and get information on public health centers and private hospitals in Turkey.

Also, if you want to get acquainted with insurance and the cost of medical services in Turkey, you can read the relevant article through the following link. 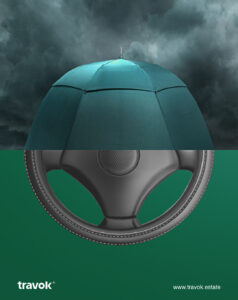 This article will acquaint you with the conditions of car insurance in Turkey and answer the frequently asked questions in this field. According to traffic 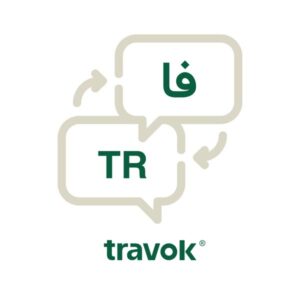 Official translation of documents in Turkey

One of the essential steps in migrating to other countries is translation and certification. Documents such as marriage certificate, certificate, educational qualifications, etc. There is

Citizenship and residence in Turkey

If you are thinking of immigrating to Turkey these days, you must have heard words like residence, Turkish passport and Turkish citizenship. In this post,

If you are planning to immigrate to Turkey and buy a property in this country, view our list of properties in Turkey through the button below and contact us.

Compare
You can only compare 4 properties, any new property added will replace the first one from the comparison.